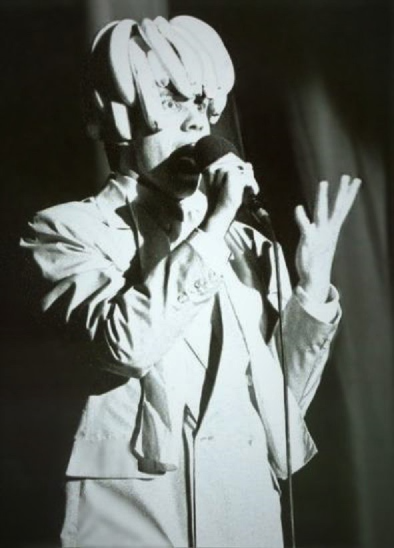 Neil Lucas was born in Wiltshire, England. In 1980 he joined a local drama society where he performed in shows and pantomime, which at that early age began to instil in him a love of theatre and the performing arts. Neil went to Upper Avon School where he later studied technical drawing and learnt to play the trombone. During these school years Neil joined a concert band, playing in many concerts throughout England and also touring in Germany.

From a young age he began to enjoy music, and showed a natural aptitude for performing and composing which has been his constant motivation from schooldays to the present day. It was not until 1994 that Neil concentrated on his solo work such as his singles What’s the Point and Frustration. By this time he was performing in many shows in England. He also performed his solo singles at an International Queen Convention at Southport. The interest in these songs led to them being featured in their official magazine, which has a world-wide circulation, and through this people could purchase the singles.

Neil has always had a love of Opera and Ballet, and after his singles What’s the Point and Frustration he turned his attention to composing and recording a ten track opera album. Neil asked soprano singer Liz Ferrie to sing on the album after seeing her perform at a recital. The result of this very successful collaboration was the album Forever, which included tracks sung in Japanese and Spanish; Neil always likes the oriental style to be incorporated in his music. This album was released in the spring of 1997 by Virgin Records.

His next album Illusion was of a popular style, and was released in the spring of 1999 by Virgin Records. In that year Neil also auditioned for Stars in Their Eyes and got into the last two hundred out of sixty-six thousand. He also filmed a video single entitled Freddie from his latest album. The video had eleven scene and costume changes depicting various Queen sets. Iain Lee from Not the 11 0 'clock News interviewed Neil together with a preview of his video on a Channel 4 TV show Comedy Lab. Iain liked Neil's music and played it on his evening shows on London's X FM radio station.

Neil's two previous albums were recorded in the UK with engineer and close friend Martin Condon. While working on these he had been frequenting his second home Montreux, in Switzerland and through this his next single Cocktail Train was recorded there. Neil always felt inspired to be working in such beautiful surroundings, and each visit there saw him in a creative partnership with producer and close friend Bernard Amaudruz. With all this in mind and with the success of Cocktail Train Neil decided to record the majority of his forthcoming album in Switzerland.

In 2001 Neil directed and staged a musical extravaganza The Music of Our Lives. This saw him working once again with Liz Ferrie, along with other professional soloists, an orchestra from The Guildhall, London and the Stagecoach Choir. Neil's latest single Cocktail Train was also performed by Neil and released at the one-off West End style show.

In 2002 Neil continued to be busy in the studio working on his forthcoming album; he also had a guest appearance at a Christmas Party for the local authority in Salisbury, where he performed a couple of Queen songs accompanied by a live band.

Neil’s next album Play was recorded between 2000 & 2003 at a very leisurely pace and was released in 2004. Neil particularly likes this album as the producer Berni put a French/Swiss twist to the whole album which Neil found most refreshing. It also kept his strong connection with Montreux.

In 2005 Neil concentrated on a different interest of his which was designing Objets d'art. Through this he formed The Fine Jewelled Egg Company. The company was a great success with Neil commissioning jewelled items all around the world to discerning customers until December 2021. This also included Queen Productions and Mercury Songs which he still has strong associations with to this day.

During 2006 & 2007 Neil sang Tenor in Fiona Clarke's choir performing Karl Jenkins' The Armed Man: a Mass for Peace with Karl Jenkins conducting. These shows were staged in the Millennium Centre, Cardiff and Salisbury Cathedral. Also during his time with the choir Neil performed in Covent Garden and The Royal Albert Hall, London.  ﻿

In 2008 & 2009 Neil went on vacation to Pikes Hotel, Ibiza. Pikes is a unique boutique hotel where over the years has seen many famous stars staying there; including Grace Jones, Freddie Mercury and Kylie Minogue. It was also where Wham filmed their video to their hit Club Tropicana in 1984. Neil found this inspiring for him then to film a video for his latest track and first ever cover song All By Myself. This single was released in the spring of 2009.

In 2013 all of Neil's previous albums were remastered and released on iTunes and Spotify.

The Collection was released in June 2017. This is a 16 track album of all the original released recordings of the favourite tracks of Lucas which includes two new songs from his forthcoming Album- This was released under Neil Lucas Productions.

After nearly a five year break from recording his own material, 2014 sees Neil in the studio and working again in Switzerland from 2018 with Producer and close friend Berni on his sixth album Paradox which was released under Neil Lucas Productions in August 2021. This also coincided with the release of Neil's Instrumentals Album.

Neil is currently back in the studio working with Berni on a new "Slightly different" EP for 2022/2023.