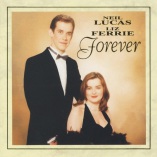 The Lost Dragon video was the only video ever produced for the Forever album from footage filmed at the live show The Music of Our Lives in 2001. Cuento De Hadas was also performed at the show by Neil & Liz Ferrie but Neil wasn’t happy with the footage as Liz was hardly filmed during the song so it wasn't used.

There is a lot of archive footage which has never been produced to make music videos to accompany the tracks as The Verse and Cocktail Train from the Play album were also performed live at the 2001 show.

Neil took a collage of photos at Pikes Hotel, Ibiza while on vacation there in 2009 for You Hold Me Forever. Neil always wanted to do a video for this title track with Liz but sadly it never came to fruition due to their busy recording schedules. He thought these photos from Pikes would make a simple but fitting video to the complex song incorporated with edited footage from their other live performances!